Developers are crucial to any tech-enabled, fast-growing business. But getting the right ones on board – for the right price – isn’t easy. Luckily, Tenzing’s Tech Network has made lots of mistakes across their hundred years of combined industry experience, so you don’t have to. Sebastian Aspland, CTO of Tenzing-backed company PSSG, reveals five key insights from the group.

1. Believing you can hire people for less

Imagine you’ve been tasked with hiring a tech team in a new location, to replace your original team elsewhere. But your CEO cuts your headcount budget by 20% because they believe the new location should warrant lower salaries. Believing you can hire people for less is a consistent theme – I’ve definitely done it.

Setting the talent budget wrong is probably the first mistake every technology leader makes. But when you’re a software business, there’s no getting around development as one of your biggest costs. Sure, you can build something once then hopefully sell it thousands of times. But the difficult thing is actually building something that’s worth people paying for over a lifetime. And you incur the costs upfront, while the revenue comes later down the line. Unlike a new salesperson, who can start generating revenue in three months. If you’re hiring an engineer, it will take at least nine months for them to become part of a team that builds a product. It will then likely be at least another nine months before you start seeing the revenue impact of that. That puts pressure on business leaders to want to save on development costs.

Not to mention that a growing number of companies are investing more into their software at a faster rate than the talent pool is growing. Demand is going up, and supply is too, but more slowly, so the price of talent is going up. Developers that used to make £45,000 not that long ago are now making £80,000.

Good developers are also loyal. So convincing them to leave their company requires cash. Ultimately, it’s expensive to hire good people. But it’s an investment companies need to be prepared to make. Especially those that need to see growth in line with the private equity cycle.

2. Not working with specialist tech recruiters

If recruiters aren’t tech specialists, it’s hard for them to break into that market. You want the recruiter who knows their onions – who builds good relationships, who understands you, and what you’re looking for.

It can be tempting to work with the standard recruiter your company has always gone with because they’ll give you a discount. You might think this will help with the budget pressures I talked about earlier. But if they don’t know the market, and can’t bring you the right calibre of candidates, you’ll get three months into a six-month hiring deadline and have nobody, when you were supposed to have already onboarded 20 people.

Personally, I favour using only one or two good tech recruiters. I want them to do the proper screening and only send me people that I’m going to say with an 80% chance, “yes, I want to speak to them”. I want them to know the kind of people we’re looking for to help solve the kind of problems we’re seeing in the company. And they need to sell all of that to the candidate.

Trying to save money on recruitment costs time. This then costs money, which means you don’t get your project up and running on time. You’ll have tried to save £15k, and you end up costing yourself £100k. So don’t do that.

3. Not factoring in working with contractors

Hiring 20 developers – remotely or otherwise – is going to take time. Unless you’re Google. Then you can hire an army of recruitment people who do nothing but hit up developers all day. And with that kind of brand recognition, you can hire 100 developers quickly. Realistically, the good people you will find are probably going to be on a three month notice period. So if hiring a single person is going to take four months, hiring 20 people is going to be a year to 18 months altogether. That’s why you should plan for and use contractors to help you complete urgent work.

I have made the mistake of failing to plan for that. This means you go back to your old friend, the budget, and realise you need to spend an extra £100k you hadn’t thought about. That changes the economics of what you’re planning to do.

You can hire amazing contractors. Yes – it’s very, very expensive, so you can’t hire massive teams this way. But if speed is of the essence, contractors are a vital part of the mix.

4. Thinking of offshoring as a cost-saving initiative

If you think you can save a lot of money by hiring your tech teams offshore, think again. Sure, 10 years ago, you could get awesome people at a good price. Maybe at even half or a third of a UK developer’s salary. But prices have gone up rapidly, and the pandemic has only accelerated that.

Now if you’re lucky, it might be 10% or at most 20% lower. So when looking at the price of talent in tech hotspots like Bulgaria, Poland, or even India, cost-saving isn’t the main reason to do it. If it is, it’s probably not going to stack up.

Where going international might be useful is if you’re beginning to saturate your region, and you just can’t attract good candidates any more. You can either go completely broad, market-agnostic with a fully remote model. Or you can go for a specific hub, where you invest in a single person on the ground who’s well connected and can drive the hiring process for you. The other mistake you can make is by not going specific enough, and equally, not going broad enough. Picking somewhere in between just gives you the worst of both worlds.

But remember, once again, you’re not Google. When you’re going into those countries as a complete unknown, you have to think about why someone is going to want to come and work for you.

Good developers who come onto the market get snapped up quickly. We’ve all regretted parts of our process that have seen us lose out, just when we thought we’d found that perfect person after months of searching. It’s the most infuriating thing when they’ve moved on because you couldn’t schedule the interview for two weeks. Or you had to spend ages arguing with your CFO over an extra £15k in salary.

When you find that golden nugget, you need to be ready to move at 100 miles an hour to pay the right price, and get that bum on that seat as quickly as possible. A lot of companies forget they’re not – you guessed it, Google – so they can’t put developers through the kind of hoops they can. You can’t dilly dally. You have to be scrappy, practical and prepared.

That said, don’t just hire someone because you’re desperate. Don’t lower your standards just because you’re fed up with recruiting. We’ve all done it, and it will always blow up in your face. If you need people to be at a certain level, to have specific knowledge, capabilities, and personalities, don’t allow yourself to think, “Well, that’s good enough”. Because “good enough”, in this game, is where everything goes to die.

These insights came from a meeting of the Tenzing Tech Network, where we discussed recruitment and all the challenges we face. We meet every month and find it hugely valuable learning from each other. Special thanks must go to Mike Bartlett, Tom Newton, Rab Fyfe and Eamonn Jennings for their contributions to the group. 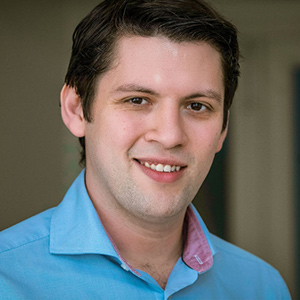 Seb helps to build, structure, manage and improve technology teams across our portfolio. Having started his own web development company, Seb has built a wealth of experience both as a developer and running product teams. He is currently CTO of one of our portfolio companies, PSSG.

How to build a management team? Don’t forget your Eeyore

5 quick wins your business can expect from customer success software