Flipping the switch on hybrid work: the secret to designing a flipped workplace

Ollie Henderson, Tenzing’s Subject Specialist on the Future of Work, believes we have an unprecedented opportunity to take everything we’ve learned over the past two years to design a new way of working. But, that doesn’t mean it will be straightforward. In this article, he shares the secret to building a successful hybrid working policy.

Charlie Munger, Berkshire Hathaway’s Vice Chairman and Warren Buffett’s business partner, is famous for using mental models. One of my favourites is inversion, which comes from his belief that solving the most challenging problems requires looking at them forwards and backwards. While it’s essential to consider the positive outcomes you might achieve through your decisions, what are the possible downsides of those same actions?

The benefits of inverted thinking often come to me when I’m discussing hybrid work – principally because people tend only to focus on whether to insist employees go into the office on two, three or four days each week.

This way of thinking is a hangover from the old way of doing things: more a case of “how many days do we need people in?” than “what’s the optimal approach for the future?”

Or to apply Munger’s inversion model: only considering the benefits of days in the office rather than the downsides of reduced flexibility, autonomy and focus, for example.

As ever with such a fundamental change, it’s worth taking a breath and approaching the problem with a blank slate.

Munger also advocates thinking in a ‘multidisciplinary manner’, and we can take lessons from other industries in how we adapt to a new world of work.

For example, if you’ve heard of General Assembly, Khan Academy or Udacity, you’ll know how ‘flipped learning’ has made world-class education more accessible by moving it online. Their grounding principle is that students are more engaged when they can control the pace of their learning when studying at home (whether using video, reading or other media) and then spending their time in class on problem-solving and discussion (led by the teacher as a facilitator and coach).

In-class in this context may mean online, but apply this lens to hybrid work, and you have the beginnings of a model to determine how managers and teams could redesign their workflow and schedules.

If your experience of entering the workplace for the first time was in an office, you’ve likely reflected on how important it was to learn from being around more experienced colleagues. Of course, the flip side to this was the many distractions of office life, so how do we capture the positive elements without suffering the negatives?

One necessity is for the role of managers to evolve into coaches, giving on-the-job training for their team and support their overall development.

I spoke with Allison Baum Gates, General Partner of future of work VC fund, Semper Virens, on my podcast last year, and she articulated perfectly how the ‘flipped workplace’ can facilitate this:

“[In the flipped workplace,] productive individual work is done outside of the office, on your own time, in your own place, at your own pace. Consequently, the office transforms into a space purely dedicated to meeting people, asking questions, brainstorming, and making unexpected connections. Liberated from enforcement of time-based productivity, managers don’t need to be babysitters. Instead, they are coaches, enablers, and facilitators focused on unlocking each employee’s unique value to the entire organization.”

Working in this way emphasises outcomes, not presenteeism, which provides a platform for greater employee autonomy and encourages positive accountability.

Social connection and the cross-fertilisation of ideas

There’s undoubtedly a yearning among many people I speak to for more social connection at work. After a year of near-total remote work for knowledge workers, talk of collaboration immediately evokes thoughts of Teams, Slack or a thousand other tools. Within successful teams, though, the medium of communication is less important than the manner.

Sandy Pentland, MIT professor and entrepreneur, ran extensive tests in which he equipped every member of cross-functional teams with electronic badges, collecting detailed data about how they communicated. He found that:

“Communication is as…significant as all the other factors—individual intelligence, personality, skill, and the substance of discussions—combined [in creating great teams].”

Working in different locations can also lead to fewer interactions between departments. We also, therefore, need to create a culture that emphasises the intra-team exploration of ideas, wherever we’re based.

In this respect, the office environment itself can be a crucial factor, as Pentland’s work with one business showed. After a random change to the canteen layout, making one of the dining tables longer, groups from different teams inadvertently mixed more, which had a massively positive impact on communication.

In my last business, the most successful tool to develop relationships proved to be a daily Fika, which, for us, meant a fixed time each afternoon for the whole company to take a 15-minute pause and congregate for a cup of tea and a biscuit. Sometimes the old ideas are the best ones.

Pentland has also shown that while video conferencing is a passable substitute for face-to-face meetings between very few people, the higher the number on a call, the less effective it becomes.

Can you, therefore, shift those large team and company meetings to the day(s) you’re all in together? Perhaps make this chance to completely rethink how you approach the scheduling and structure of meetings to maximise their value and optimise for high-energy communication, which is a marker of top-performing organisations.

A culture of experimentation

I often talk about workplace culture as a progression of ideas – rather than something set in stone, the best cultures evolve and adapt, guided by the values of the business and its people.

The same is true here – we have an unprecedented opportunity to take everything we’ve learned to design a new way of working, but that doesn’t mean it will be straightforward. The organisations that flourish will be those who effectively combine the benefits of technology’s ability to remove geographical barriers with an understanding of how to create meaningful connections between people.

It also requires a mindset of ongoing experimentation. Discuss how employees are finding the new way of working – what do they enjoy, and what are they missing from their time working exclusively at home that you hadn’t previously considered?

Crucially, think about your new hybrid working policy as ‘Version One’ and continually review and improve it. Because if we’ve learnt one thing over the past couple of years, it’s that no mental model can successfully predict every eventuality. 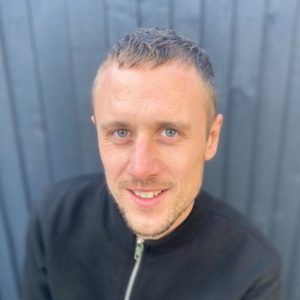 Ollie is our Subject Specialist on the Future of Work. He partners with our portfolio companies to reimagine how, when, and where we work. He's an experienced founder and CEO who has led multiple tech-enabled businesses through periods of rapid growth (as well as more challenging times). He enjoys drawing on that experience to advise companies on how to mitigate the risks of rapid technological advances and take advantage of the opportunities these present.

How Ticketer took an employee-centred approach to hybrid working

Going stateside? How to choose the location for your team