No business is perfect, so crises are bound to happen. It’s about how you move forward that counts, says Tenzing Co-founder, Christian Hamilton.

At the beginning of the investment cycle, it’s the start of a beautiful new relationship, like you’ve just got married. You could say the first three or so months is like a honeymoon period. There’s a lot of positivity and support in both directions.

For an investor, they’ve just invested a significant amount of money into a fantastic new business. From the CEO’s perspective, they’ve just sold part of their business. They’re trying to please their investor, and be accommodating of new initiatives the private equity house might want to bring in.

It’s a new world, which might involve new reporting processes, and rituals, such as weekly catch ups with your investor. Either way, this time is crucial for laying out the direction you want to go in. It’s the time to make key changes so you can hit the ground running and move into your ‘new normal’ – growth.

Moving out of the honeymoon period

Once each side understands the other, they can have a more productive, robust dialogue and settle into a natural rhythm. The investor can represent growing the capital. The CEO can focus on growing the business, through initiatives like building a new product, hiring a new senior management team, launching into a new market, opening a new office, or looking at an acquisition.

Things have changed dramatically for the CEO in particular. Their eye is no longer solely on their business as usual, but on all these other aspects. This can only be sustained for so long. It’s usually then at around eight to 14 months post-investment that unfortunately, sales often start to fall down. This realisation can creep up slowly. Everyone has been quite excited – and likely distracted – by all the new activity going on.

Time for a reality check

It leads to a point of reflection in the business – a reality check. On both sides, you think, “Were all the things we were doing over the last year all the right things we should have been doing?” Because, so far you’ve been having nothing but positive conversations about all the new things you’re going to do. But suddenly, it’s the first time you’ve had a non-perfect moment.

It can destabilise the trust and relationship between the CEO and the investor. This can cut a CEO to their core and make them feel both accountable and vulnerable. It can be a very personal, emotional situation for a CEO, who’s confidence has been knocked for six.

The best thing a CEO can do is to acknowledge the problem and where its root stems from, find a solution and move forward with their investor. It’s best just to own up, and be realistic about how long it is going to take to resolve, whether it’s a few months or more.

What a CEO might not know is that the investor has been there before, and they’ve come out the other side. I, for one, have seen a crisis unfold in every single deal I’ve been part of. There will be high points, and there will be low points, but rest assured, there’s always a way forward. The main thing is to get through it together and get back on that growth path.

Knowing how to read the signs

Naturally, being aware of the early warning indicators can help a CEO intervene before things get out of hand. For example, a clear sales data pipeline reported into the board early. It could be that not enough marketing leads were coming in, or not enough early stage meetings were being booked.

There are certain things CEOs do that tell them how the business is going without having to look at a spreadsheet. For example, how many sales people are in the office? Or they could think, “If I only had one hour a week to look for the early warning signs on sales, what would be the thing I would do?” Maybe ask a particular person a specific question, to be sure that the one thing that’s really critical to the sales pipeline isn’t dropped.

A CEO also shouldn’t feel pressure to have the answers straight away, or to feel they must resolve the issue alone. They should be able to talk things through with their investor. They can say, “I’ve seen this before in a number of different situations – here are some examples of what some of the other businesses did to address this.” It’s a time when a CEO and investor really get to know each other.

Because ultimately, it’s not about performance over a few months. It’s about working with that CEO and their team for the whole journey.

There’s a joint responsibility between the CEO and the investor to say, “If we’re going to do these four other things, how are we going to make sure that we don’t get a blow up in sales in nine months’ time?”

A crisis can, of course, happen again. It might not be the same situation – it might be a milder version. But more often than not, you do have to go back and re-address sales a few times. The good news is, next time around, the recovery process is usually faster. Now the investor and CEO know what to look for.

Moving forward from a crisis is about three key things. It’s about coming back to the basics of the business, which typically is a refocus around just plain selling, and getting momentum back up. It’s about trust and communication. Most importantly, it’s about building a strong relationship between investor and CEO that has the foundations to weather any storm. 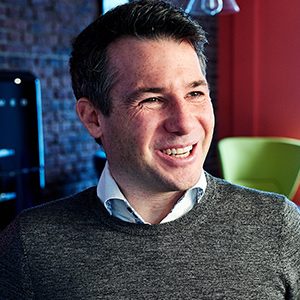 Christian is Co-Founder & Joint Managing Partner of Tenzing. Over the last fifteen years, he's backed many entrepreneurs and management teams, helping them grow their businesses and develop internationally. He leads on investment strategies and investor relations and is passionate about creating a culture of shared learning and continuous improvement.

How to choose the right PE firm for your business. Part 2.