Recipes for Success: Commission and the rules of engagement

Imagine you want to reward a salesperson that signs up a nice meaty long-term deal – say three, four, five years. You might be in a company that staggers out the commission on that. You might be providing that sales rep with 1.5% of the contract value each year, starting at 1.5% in year one and another 1.5% in year two, three, four and so on. The alternative would be to offer the full 6% for a four-year deal to that person straight upfront, rather than making them wait.

So, how do you decide what to do? I’d ask the question – why split commission out over the course of a contract than giving it upfront? Ok, as a business you might be looking for some sort of protection in case anything happens with that client. This is so you don’t end up continuing to pay a commission on revenue that is no longer coming in. Again, I’d ask – how often does that happen in your business? How risky is that to you? How often do you sign up a client and then aren’t paid for the full length of the contract? All being well, the answer should be, never!

That’s why my main principle with commission structures is to only ever put in place rules that are protecting against a real risk to the business.

If there is a really minimal risk, or no risk at all, don’t put a wall around it. You don’t want your sales reps feeling like their money is locked up in some kind of deeply buried vault with a load of rules and regulations around it.

You might be thinking, what happens if the contract actually doesn’t renew in year three? What if the client pulls out, say, because of bad service, or they’re not happy with the product anymore? If it’s a staggered commission structure, and the sales rep doesn’t get their money, who do they blame? They’re thinking, who’s taken that £1,000 off me that I’m owed? Service – what have they messed up? Product – what’s missing there? You can see how this creates a cultural issue and tension in the ranks.

The other thing to be aware of is, if you’re genuinely putting in place a structure where you want somebody to be motivated to sell a four-year contract versus a one-year contract, how much of a difference does it make to someone knowing they could get £3,000, right here, right now, versus £1,000 this year and £1,000 the next year, and so on? It makes a big difference. When such a large chunk of the cheque is pushed so far out into the future, you can’t feel connected to it. It’s the difference between a three-star holiday versus a five-star holiday – when you can get away, that is!

Ultimately, what you’ve got to think about – is the idea actually fulfilling the purpose of what you want to encourage? 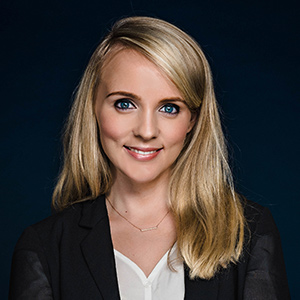 Shelley provides guidance, coaching and hands on support for the revenue teams in our portfolio. She's the Co-Founder of sales technology company, Jiminny, as well as a passionate coach and a tutor for Sales Impact Academy, an online training company that makes training for start ups and scale ups easy and accessible.

What’s it like to work for a private equity or venture capital-backed business?

5 quick wins your business can expect from customer success software