You have your head down, driving your career or business at pace and with ambition, trying to balance endeavour and productivity with purpose, spending time with your friends and loved ones. Trying to stop and enjoy the scenery as you pass and then, even though you anticipated it, like a bolt out of the blue, life slaps you around and reminds you what it’s all about.

Last week we woke up to the news that Mike Weatherley, who we had backed to lead a buyout of MPLC in December 2019, had passed away, succumbing to lung cancer despite never having smoked.

The team, particularly Gareth, who led our investment into MPLC, got to know Mike well over many years. This had developed into a lovely friendship that included smuggling pyjamas and fine wines to Mike during his latter nights in hospital.

Gareth first got to know Mike in 2017 by which time Mike had already had a deeply fulfilling and varied career. He was an accountant by profession, if not by temperament, following his early professional career in the music industry, running the finances for the record producer Pete Waterman. Music and intellectual property were his passions, devoted to heavy metal and Iron Maiden and writer of four internationally acclaimed reports that transformed Britain’s approach to IP. He initially joined MPLC as Vice President for Europe in 2007.

Mike had first become interested in politics in 1973 when Labour MPs tried to bar Alice Cooper from touring Britain. In 2010 he was elected as the Conservative MP for Hove, and in 2013 David Cameron appointed him the only (to date) advisor to the Prime Minister on IP. He was instrumental in the establishment of strong UK IP protections rules that are now recognised as international best practice.

Mike was originally diagnosed with oesophageal cancer in 2012, which he successfully fought and chose not to stand for re-election in 2015, later returning to MPLC as Vice Chairman taking over as CEO in 2019. He set about transforming the business and building it into the global leader it is today. We were really excited by the potential he saw in MPLC, and he thrived on us all working together to accelerate its change and growth. We hope we honour his memory by delivering on the vision of the business he had so clearly in his mind.

Mike loved his work; it was a culmination of his leadership talents, intellectual property mindset and love of performing arts. He worked hard and tirelessly and was optimistic that he would beat cancer again. It was a battle to get him to step away from the business and focus on himself, because work, and his team, genuinely gave him the joy and energy that he thrived on.

We’ll forever remember Mike, be grateful that he believed in us enough to partner with him, work tirelessly to ensure that his children and grandchildren benefit from his hard work and vision, and have Iron Maiden playing on in his honour.

Thank you, Mike – here’s to following your passions. You are greatly missed. 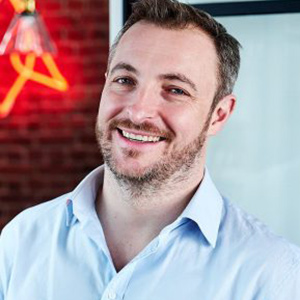 Guy is Co-Founder & Joint Managing Partner of Tenzing. If you ignore his early career as a ski and beach bum, he started life as an accountant, then corporate finance through to private equity investments. But it was his two stints as a PE backed CEO that were responsible for him setting up Tenzing in 2016. Here, he leads on relationships with management teams, and enjoys working with a super ambitious team who keep him on his toes.