Strike while the iron’s hot: why the five-minute follow-up will supercharge your sales

You know we’re truly living in an era of instant gratification when even the auction house Sotheby’s launches a ‘buy now’ feature.

At the same time, fueling a growing need for speed is the accelerating ultra-fast delivery sector, giving the retail giants a run for their money.

Instant gratification is often seen as a negative thing. But responding swiftly to sales leads can make the very difference between conversion and missing a sales target. It might sound simple. Yet I’m talking about in minutes – ideally five or less – compared with the lag time of hours, days, or even a week, which is common practice in a lot of sales teams.

We know this because, at MVF, we generate over two million highly qualified sales leads each year for businesses across 80 sectors worldwide. After analysing 75,000 outbound calls for a large B2C client this year, we found the qualification rate drops exponentially in line with the time between first contact and follow-up.

As our table below shows, within the first 30 seconds of a lead coming in is when we get our maximum qualification rate. This is due to really high phone answer rates from prospects. It makes sense, as they’ve just taken an action, like submitting a form, expressing an initial interest in your product or service. They’re already online.

From that 30 seconds to the next two minutes, the qualification rate drops by 5% from its peak. From there to the next six minutes, it slides by 13%. And after that, it plummets by a staggering 53%.

If your contact rate is over six minutes, then you could be losing over 50% of your business. This is predominantly due to poor answer rates. But it’s also fewer prospective customers being in research or buying mode when you do reach them. They’ve moved on to other tasks. They’re just not in the zone anymore, compared to earlier, when they were mentally far more open to what you’re selling.

This makes not only your call agents massively less efficient, but it negatively affects your marketing too. You’re effectively rendering your advertising spend half as effective as it could be. You’re slashing your ROI to half that of a competitor who could capitalise on speedy follow-up times. The danger of taking your eyes off this is quite profound.

Why isn’t this common knowledge, or practice, amongst most businesses then? Because most sales directors aren’t aware of this decay curve, and don’t realise what an important KPI this is. They haven’t cottoned onto what value they can create by focusing on follow-up time, as opposed to just looking at the number of leads coming or sales being created. We have a 50-seat call centre at MVF. Our sales team are following up in seconds even, rather than minutes, which surprises a lot of people.

How to shift the dial

Short of cracking the whip on your sales teams to start a follow-up frenzy, there are a few simple ways of ensuring your inbound leads aren’t just languishing in Salesforce.

Making follow-up time a KPI is the first step, as is emphasising its importance to sales leaders and teams. Implementing the right system to track follow-up times is also key. So is embedding this performance information onto the dashboards that you monitor.

Then when you’re monitoring and analysing performance data, can you do some regression analysis? Can you work out the current average time to contact, and tie it to different next steps in the sales process, like booking a meeting, or moving towards closing a deal. Then set some targets for cutting that follow-up time down.

If you can manage to get your contact time down to less than one minute, you’ll be maximising your efficiency. In turn, you’ll drive sales and profits. The old saying, ‘first in, best dressed’, never rang more true. 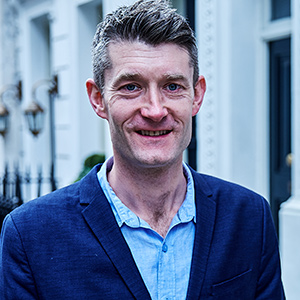 A tech entrepreneur, who has founded and sold four successful businesses, Titus offers growth experience and perspective grounded in values-based culture and scalable customer acquisition strategies. Titus has worked with Tenzing as a member of our Entrepreneurs Panel since we launched in 2016.

Recipes for Success: Commission and the rules of engagement

What can PE-backed companies learn from Europe’s hottest startups?

Flipping the switch on hybrid work: the secret to designing a flipped workplace