Back in January, I hired someone I really liked. They had an infectious, upbeat personality. I could see them slotting right in and bringing lots to the table.

Unfortunately, that’s where the positivity ended. We were just not a match when it came to the sales model. He was an inbound transactional seller, and what we required was the exact opposite. The pressure is now on for the remaining sales team to pick up the slack. It’s taken us five months to find and onboard the next person. The whole process has cost nearly a year in time and energy.

So now, I focus on filtering out the recruitment experience around three elements: sales model match, business stage match and industry match.

I come into the process with a clear idea of who the person is, and don’t get swayed by a charming personality or amazing sense of humour. It helps, of course, but banter alone does not a top salesperson make!

The first thing you want to know is: does the sales model that your candidate has been working in, have the same ingredients as the one you have? Does the way they’ve been selling match the way you need them to be selling?

Are they used to working in an inbound sales team, never leaving the office? Or are they used to doing end to end sales – creating the opportunity through to closing the deal?

What a salesperson is doing every single day can become a really ingrained mindset. That’s hard to shift, because inbound and outbound selling are completely different.

In inbound selling, you’re selling on the back of generated interest and demand. You’re likely going to be a master of controlling a conversation, which is going to be a highly competitive situation. Because if someone is coming to you, they’re also likely going to several others. They’re going to come to you with a pre-set idea. They’re even going to be talking to you in a way where you can almost hear your competitor’s pitch.

A prospect can come on all hot headed about what they think they need and what they’ve heard from another provider. It can be difficult to identify what their real interest is to regain control. I’ve listened to so many sales calls where the sales rep has just lost it.

The inbound environment is quick as you’re dealing with many leads. But in dealing with a level of interest, you’ve got to get good at your competitive knowledge and pitching. And at filtering through the qualification process quickly to control and manage a conversation.

The challenge more with outbound is that you’re very unlikely to land someone first time that happens to say, ‘oh yeah, I was just looking at this – what brilliant timing!’ So while it’s less competitive, you’ve got to create and stimulate the interest. It’s not going to be there immediately. You’ve got to hone in on those pain points and create the urgency to generate the sale. That can be difficult, and slower – it’s about building a long-term relationship.

Know what you’re dealing with

It’s not to say you can’t make it work with someone transitioning from one environment into another. But it’s about minimising risk. It’s very difficult to bring somebody into, say, a new company where brand awareness might be low. They might be expected to create a lot of their own opportunities. Compared with inbound leads, where you know the person at the end of the phone has heard of the business. Or best case, is actually interested in a demo.

You need to be aware that if you’ve brought someone in who’s used to operating in an inbound sales environment, and you’re ramping up an outbound sales team, that it’s a massive shift. You’re changing the way they’re selling. From the pace, to the type of conversation they’re having, whether it’s competitive or not, whether you have to stimulate the interest or not. And that’s what they’re going to be doing every single day.

It’s a bit like if you’re the lead striker for Arsenal. Every day you train in that position. You get good at putting the ball in the back of the net. That’s your key skill. Every week you go out and play against a different competitor. You’ve come to know the different strengths and weaknesses.  You’ve mastered your skill to apply it in every situation.

Is your candidate used to a startup? A scale up? Or more of an established, corporate type business? Because all of those different stages produce very different working environments.

In a startup, you’ve got more autonomy and chaos. You’re wearing more hats, you’ve got more change, and there’s more risk. That environment appeals to someone very different to a corporate, more established business. Here, perhaps there’s more process and more management, more focus and stability, and less risk. Often a person that has all the experience in corporate life will find what they think is the glitz and glamour of the startup appealing. But if you’ve been in one, you know it’s not all ping pong tables and beer.

The things you get in startup or early stage company life appeal to certain people. For example, we’ve just hired someone who loves the creativity, responsibility, and visibility she gets within startups. That’s in contrast with someone like my brother, who’s worked in corporates his whole life. He likes the stability and the benefits, and that there’s a clear training plan. There’s a better work life balance because there’s a lot of support you might not get in a startup.

The business stage is also driven by the growth of the company. This may also have an impact on evolving culture and values, and in turn ties in with personality and character.

So having a business stage match, and having someone come in knowing what to expect, is one less thing to teach.

Have you got somebody that’s used to selling in your industry? Used to your customer? Do they know the lingo? Do they understand how they buy, and understand the barriers?

Having said that, I find this is the easiest of the three to teach a new salesperson. This is despite many sales leaders I speak to say industry background is something they prioritise. Perhaps it gives them comfort in their decision when someone already knows how to speak to the world of finance or IT. But then, I seriously can’t remember when anyone has ever said to me that they sacked someone because they couldn’t understand the world of the customer.

It’s not necessarily a quick part of the process. But by sharing your knowledge you can help someone adjust quickly to a new industry. That’s why I’d put less emphasis on industry than many other sales leaders I’ve spoken to in the past do.

Having all three of these matches is an excellent place to be. Having at least two of three I would say is essential.

The fewer matches you have, the harder the transition, and the more likely a new salesperson is to fail.

Then, the bigger the gap between the experience and the environment they’re about to walk into. And the bigger that gap, the longer it takes to get them performing at full speed – and the bigger the risk of them working out in the first place.

Of course, there are people who hire with none of these three things. They hire graduates, for example, and most likely a bundle because they know up to 70% of them won’t last. Because they can’t sell, don’t like selling, or the stage the business is at doesn’t work for them. They can’t scrabble around in a startup or it’s too regimented in a corporate. In this situation, you have to account for drop off. You also have to manage the risk by looking for the personality traits of a successful sales person, which is very difficult.

This is why I consciously think about those three matches every time we hire sales people. I rely on them more than CVs, to be honest. A CV might tell you someone was the top performer in their last job. But it doesn’t mean they are going to be successful in my business.

And when recruiters put candidates forward, I make sure it comes with the information about these three things. I need them to understand what these three things mean to me and my business. So they can more effectively qualify candidates pre-interview – and so we don’t overlook the basics required to hit the ground running. 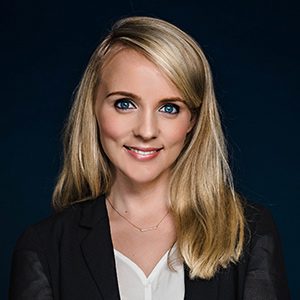 Shelley was our first Sales Subject Specialist and provided guidance, coaching and hands-on support for the revenue teams in our portfolio. She's the Co-Founder of sales technology company, Jiminny, as well as a passionate coach and a tutor for Sales Impact Academy, an online training company that makes training for start-ups and scale-ups easy and accessible.

The most important thing I did to build £100m in sales