Protect your brand – and keep competitors at bay – with trade marks

Trade marks have been hot (intellectual) property since Brexit, as those previously covering Europe now need a UK-specific version. Darren Meale, Partner, Intellectual Property, Simmons & Simmons, breaks down what you need to know.

Before you rush to get your post-Brexit UK trade mark in, it’s worth breaking this surprisingly complex arena down into some basic concepts. The first of which being – what exactly is a trade mark? And how is it different from its cousins, the copyright and the patent?

The holy trinity of IP

Copyright is an automatic right that covers the expression of ideas. So if I create some software, or even draw a picture or make a video, I’m using my creativity, so copyright is there to stop other people ripping off or taking too much inspiration from my work. A patent, on the other hand, is about inventing technology, generally relating to products and processes, which no one has done already, or is a clear step ahead of everything that’s come before. Patents aren’t automatic – you need to apply for one. If you get it, you get 20 years of monopoly over your invention, meaning nobody can do the same thing for 20 years without getting your permission.

A trade mark, then, is essentially a badge of origin. Like a patent, you need to apply for it, but in this case, it could be a name, logo or slogan that you use to distinguish yourself from everyone else. Once you have it, you can use it to stop someone else from using that name, logo or slogan – or something similar – to brand particular goods or services.

When you apply for a trade mark, you don’t just say, “I would like the name Apple”. You say, “I would like the name Apple for computers”, or “the name Apple for mobile phones”. That means you’d be in a position to stop other people from using Apple for computers or mobile phones, or anything that’s close enough to confuse people.  Continuing with that example, if you were Apple and developed a new 3D camera, you may wish to apply for a patent to protect it. But you might also enjoy copyright in the software and the app to use the 3D camera and do things like edit the photos. The trade mark, then, would cover the name of the app, and potentially its logo.

The mistake of not clearing your name before launch

You can still operate without a trade mark, but you should always check that doing so won’t infringe on someone else’s trade mark. A big mistake that early-stage businesses often make is that, with a limited budget to spend on legal fees, they might just pick a name and Google it to see if anyone else in their sphere has the same name. They’ll think no one has and that it’s fine. Then they’ll find out that someone else has registered a trade mark for it or something close. They’ll get a cease and desist letter, or get sued, and have to change their name. In theory, this could happen at any time – perhaps when the business is just starting to get some traction, like getting customers behind the brand, or seeking investment, and at this stage, it can be fairly catastrophic to have to change your name.

You might get lucky, and you may never hear from anyone. But I wouldn’t have a job if that was the case. That’s why before committing to a name you should ask a trade mark lawyer to help you clear it, by reviewing the relevant trade mark registers and finding out if there are any potential problems lurking there.

The role of trade marks in fast-growth businesses

So what would fast-growth, tech-based, private equity-backed businesses be looking at trademarking? Trade marks are sector-agnostic because all businesses have a name. Most have a logo and some have a slogan – all trademarkable, as we’ve covered. But you might also have other names that you’ve called different parts of your offering. Those are your brands, essentially, which are often as emotional as they are business-related. It’s something you feel passionate about, and something you’d want to fight over if you got wind of any kind of encroachment on them.

As the post-Brexit UK trademarking surge underlines, you’ll likely want to get a trade mark in every country you are in and plan to be in, in order of priority. You can do this incrementally, but it should be one of the first things you do when you begin operating in a new market (in fact, you should do it before). You’ll find that as your business grows, it becomes more important to keep competitors at bay to preserve your uniqueness. You also want to stop the likes of cyber squatters and fraudsters from taking your name. With a trade mark registration, that’s much easier (and likely cheaper).

If you’re a highly varied business with a broad spectrum of products and services, each with its own name, you might ask whether you really need to trade mark every single one of them. Again, you can address these in order of priority, as costs can add up. So it’s about weighing up the risk and the reward. You certainly want to trade mark the names of your most core products and rank your priority list in order of importance to your business.

Trademarking is also done in classes. For example, financial services is Class 36, software is Class 9 and clothing is Class 25. The more classes you pick, the more it costs, so you can go narrower, and that will keep the cost down, but again, it all comes back to how important that area is to your business.

In the event of a merger or acquisition, as most private-equity funded companies will embark on during their investment cycle, trade marks play a part here too. In your due diligence, you would usually ask questions about the company’s IP rights, and whether they are aware of any trade mark conflicts. That will then give you a feeling for the IP health of the acquisition. I’ve seen a case where a company was meant to be bought for about £100 million, but there was a trade mark issue, which ended up with £5 million being knocked off the price as it was flagged as a significant potential problem that couldn’t be resolved before completing the purchase. So you can see how trade marks can have a significant impact on value.

If there are gaps in a target’s protection, once you’ve completed a merger or acquisition, you can always look to fill them – you should keep your trade mark portfolio under review as your business grows.

Know what you have up your sleeve

If you do come up against trade mark problems, there are a lot of tactics you can deploy – and can be deployed against you. A good lawyer can make the difference between being forced to change your name and enabling you to force the counterparty to change their name – I have helped a client go from being a defendant to the claimant with a clever strategy.

Trade mark law and procedure is a deceptively complex, technical subject. In all the possibilities I’ve described, it pays to not only get in early and do your homework, but to have a good lawyer on board to untangle the web. 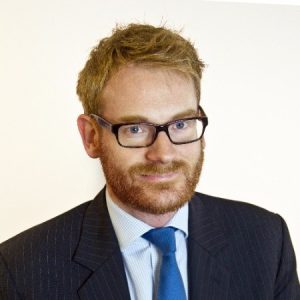 Darren Meale is a partner in the international law firm Simmons & Simmons, specialising in brands, trade marks and intellectual property. He helps clients assert and defend against assertions of trade marks, design rights and copyright, amongst other IP rights. He works every day in the world of trade marks, assisting clients to come up with usable brands and protect them in the UK, Europe and around the world. If you have a trade mark question, Darren can answer it.

Thinking of selling your business? This is what you need to do right now