How did a former lawyer end up running a fast-growing firm which sits right at the centre of the fourth industrial revolution? Our roving reporter, BBC’s Tanya Beckett finds out

John Clarfelt’s innovative company Ticketer is part of the foundation for the futuristic vision of a smart city. Smart cities collect data to coordinate transport systems, power plants, water supply networks and waste disposal. In short, they use technology to effectively manage their resources.

Ticketer sells systems to public transport operators that connect the vehicle and the driver to the outside world. They run on cloud-based software and a SIM card, so fares can be changed in real-time without the bus returning to the depot. The ticketing machine doubles as a tracking system and can allow messages to be sent to the depot about, for example, a faulty windscreen wiper. This type of access to real-time information paves the way for a more energy and time-efficient service.

So how did a former lawyer end up running a fast-growing firm which sits right at the centre of the fourth industrial revolution?

John Clarfelt’s interest in technologies of the future began after university. For his degree, John had decided to study something much more traditional and in a centuries-old setting: law at Pembroke College, Oxford. Only as it turned out, studying featured quite low on his priority list.

“No man had ever been less interested in law. The reason I did no work at Pembroke was a) because I’m lazy and b) because I met my wife. I learned how to do a week’s tutorial in a day – a very long day. I am actually a bloody hard worker, but I’m lazy about things that I’m not interested in.“

John says meeting his wife was an extremely positive part of his college experience. Not just in terms of his private life, but also in terms of finding a loyal supporter of his business endeavours. After university, John did his barrister’s course, but a love for the law never flourished, and before long, John found himself drawn into the world of business.

“I am a barrow boy basically, I love trade. We had a family meat business, and I went into that.. it was sort of packing meat, which I loved, for people like Sainsbury’s and Birdseye.”

The fascination for John in business was, as he puts it ‘trying to be ahead of the game’. Like his father, he was an ideas person – but importantly, the meat business was the start of his fascination with technology and its ability to provide solutions.

“On a technical problem, a problem in the delivery of something, you know, ‘why can’t we do that?’. I love that. And so we did things like video image analysis with Unilever of fat and lean in meat which no-one had ever done before.”

Collecting the data in this way meant that customers knew what they were getting, and the transparency appealed to John. He had a natural flair for establishing products in markets, but it was the use of technology to perform fat/lean analysis that had really piqued John’s interest.

It was a chance call with a friend that prompted John to think more about the value of collecting and analysing data. The friend was running a fuel card business and wanted to separate figures showing private and personal usage of petrol. John was able to help divide the two and produce the numbers, but it got him thinking more about people who needed to record data while they were on the move. This was before the days of smartphones.

“There were mobile workers, but they had no way of being linked to base and I said ‘what we need to be doing is actually creating a mobile solution for mobile workers’.”

John then developed a system for Westminster Council to track their vehicles, but it was his wife who suggested that instead of developing different systems for different companies, he should have one system that could be adapted for a variety of users.

“Irritatingly, my wife was right. I patted her on the head and said, I know what I’m doing, which I didn’t. But she was right: try to make something that is configurable for multiple use, rather than multiple versions of something. So you could actually support one core version.”

The company John went on to build showed a remarkable amount of vision: it allowed buses to change their ticketing systems whilst on the move and communicate with the depot en route.

From the customer’s perspective, though, there is another vital feature: travellers can get access to live updates. This, John realised, would prove particularly valuable at a time of emphasis on COVID-19 related social distancing. Passengers are able to see on the front of a bus if it is packed out – and also on their mobile phones.

“On the bus destination blind, it’ll say, ‘I’m full’. But the bus behind is two minutes behind, and it’s 30% full.

After lockdown, we sat down, we said ‘You know what, we’re gonna have a system on our ticket machine that will allow the bus driver to automatically calculate the number of people on this vehicle. And then to put it on an app.’ So, as a passenger, I can say ‘The next bus is full so I won’t go to the bus stop’. And that is what blows my mind.”

Talking to John, it is apparent that he is driven by a desire to fix problems. He certainly didn’t start with a desire to build a wealthy empire.

“You’ll never have talked to anybody with fewer plans in their lives. I’d never plan for anything.”

But underlying his success is a fundamental philosophy in how John runs Ticketer, or more particularly how he manages people.

“Everybody else gets a salary before I do. Now, at the moment, I’ve taken a 50% pay cut, because we’ve got people on furlough, and how can I take a full salary?”

John’s commitment to his workforce underlies their absolute respect for him. I had a brief chat with his assistant, who was bubbling over with enthusiasm for John’s spirit and charisma. His style clearly works well in incentivising people to work hard.

I’m so proud of the fact that on a Saturday night, I’ll get a telling off from someone in customer service because I haven’t done something.

I don’t want them to work on a Saturday, but I’m proud of the fact that they feel committed enough to do it and they felt that they could be rude to me because they cared.”

When it comes to customers, again John thinks a good, trusting relationship is essential. John says he learned how to handle difficult situations from his days working in his father’s business: supermarkets would sometimes place an order and then cancel it a few days later, leaving John’s father’s company with a large inventory of unsold meat.

“There became a thing of saying, you have to buy your meat a week ahead because you have to commit. And then we’ll see how our sales are going and decide who’s giving us the best price this week, and how much we’re going to pay.

It was a lesson in picking the people you work with carefully. Not everyone was unreliable, and John said he learned to value the values of good business partners more highly.

“Now, you have the Unilever Bird’s eye approach, which was if you didn’t screw us over, we’ll keep working with you. We’ll work together to get the right price. And at the end of the year, we got the same price from Birdseye, as we did from anywhere else, but the difference was with that one you had certainty and one you didn’t.

One you had much more loyalty to as against the other one. And that was actually a good, good lesson.”

John says he still applies that lesson today in Ticketer. A solid handshake, he says is worth more than the long arm of the law.

“In the meat industry, you shook someone’s hand. That was it. And it was a massive part of it. And you know what’s so great about Ticketer? What we’ve done is we actually work on that basis. I think we’ve been successful, in my opinion as a result.

A massive, massive part of our business is trust between customers and us. I’ve been screwed over twice in my life. Both times, there was a contract. And I have never gone and looked at a contract against one of our operators because the day you do that you are dead.”

John’s energetic and very human way of running his business is infectious and undoubtedly the key to his incredible success. He has barely completed a thought on one idea when he is on to the next. He is propelled by the idea of doing things faster, smarter and in a more frictionless way.

Ticketer is only a decade old, but its customer base spans from the smallest family-owned independent bus operators with just one or two buses to some of the largest transport groups. Ticketer machines can now also be found on thousands of trams, trains, ferries and hovercraft and well over half of market share outside London.

John says that closely working with his customers has been key to that growth. I think most people would have to agree, but his gift for ideas is also an essential ingredient. 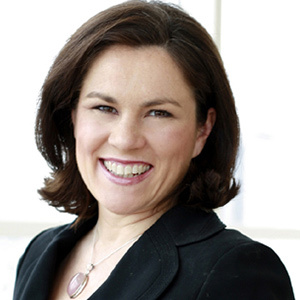 BBC journalist Tanya Beckett is a banker turned broadcaster who shares our passion for entrepreneurs. When not presenting the business news, Tanya is our roving reporter getting us the backstories behind many of the UK's fantastic Founders and CEOs.

Recipes for Success: Getting into the habit of self-coaching [+ free Call Framework]