There is no such thing as a permanent job, let’s stop pretending

If honesty is the best policy, why do organisations hire colleagues into permanent roles that, in reality, are not permanent at all? Glenn Elliott shares his thoughts.

Honesty is the keystone of any relationship. At work, at home and with our friends. But, as I thought about the promises we make when we recruit, I realised that our employment relationships start off with a lie. Because the ‘permanent’ contracts we offer new employees are anything but.

Neither the employer nor the employee actually expects the new hire to work for the organisation forever. Forcing both sides to make promises they don’t intend to keep which builds the relationship on a lie.

The old model is broken. We need a new, honest approach.

How we hire now

As CEO, you invest a significant amount of time and effort into picking the right team of talented people. Colleagues who’ll fulfil their role and support you and your business both now and in the future.

You focus on creating the right environment for them to do a great job. You provide the resources, culture, leadership, communication and management to help them succeed. And, nine times out of ten, your team does a brilliant job.

But maintaining an exceptional team also means you’ll need to say goodbye to people often. Ideally, you should say goodbye at the right time.

At some point, your trusted colleague will have completed everything you wanted them to do. And you’ll need a different person to take their part of the business forward.

Which is where the problem begins. Because when you hire someone to join your team, there are only two options:

More often than not, at a senior level, you’re hiring for permanent roles. And it’s from here that the falseness unfolds.

Why permanent roles are fake agreements

When you offer someone a permanent job, you’re starting the employment relationship under false pretences.

Is the role really permanent? Will the new hire stay in it until they die or retire? Is that really what either side expects?

Then there’s the odd language we use around employee retention and loyalty. And the long service schemes that businesses run to reward people for remaining with their employer.

Look up the word ‘loyal’ in a thesaurus, and you’ll find this word is equated with other terms like ‘faithful’, ‘trustworthy’, ‘dependable’, ‘reliable’ and ‘stable’. This implies that if employees want to be considered as having any of these traits, they need to demonstrate loyalty by remaining in their permanent job with one company for their entire working lives.

Clearly, this is ridiculous. And it exposes the idea of a permanent role for what it is – a big, fat lie.

A new model for employee relationships

Your HR Director will often refer to the idea of the employee lifecycle. A sequence that captures key stages of the employment relationship and the HR activities associated with each phase.

It usually goes something like this: recruit, engage, perform, develop, retain. It’s a roundabout that employees never get off. But it’s fake! The real employee lifecycle is recruit, engage, perform, develop and LEAVE. “Retain” isn’t a step or a process-it’s a false god we’ve been worshipping. The valuable loop is in the middle, “engage, perform, develop” – yes, we want that to go on for as long as possible. But once you’re out of that, whether because the job has changed and the person can no longer excel at it or because the person has developed past what the job can offer, then everyone needs to move on. Quickly!

In your role of CEO – Chief Editing Officer – you need to continually assess the suitability of every person on your team. Not by looking backwards at past performance but by looking forward to ensure you have the right people to deliver your vision. This inevitably means you’ll exit some individuals who are no longer suitable for their roles.

However, current employee lifecycle models tend to consider employee fit only at the recruitment stage and not throughout the entire employee lifecycle. And the promise of never-ending employment implicitly made with permanent job offers is at odds with your job of curating your team and saying goodbye.

I think we need to reimagine a more genuine recruitment conversation that moves the focus from permanent jobs to successful tenures.

Interview questions and early post-hire meetings would focus on what the candidate or new hire would like to achieve in the next two to three years. They will establish how they’ll know when their job is done and when they think they’ll be ready for their new role. Performance would also be measured against future goals rather than always looking backwards. And development could be aligned to ensure the individual could deliver.

While this approach would definitely shock people, it would be the truth.

It’s a tactic I used when I was CEO of Reward Gateway. I would ask new joiners to my team when they were going to leave, and people would look at me in horror. But I’d say:

“You’re 25, and this is your second job; you’re not going to be here when you’re 60. You’ve got to leave at some point. And that’s ok. Stay here as long as you are doing great work and loving it, and don’t stay a day longer.”

By setting up employment relationships on the basis of honesty, we’d establish a more forward-focused vision for every individual to work towards. And it’s already happening at a few innovative organisations, like Netflix.

Patty McCord was Chief Talent Officer at Netflix for 14 years, and she used to have this conversation with her staff all the time.

I remember Patty telling me about the person who created Netflix’s search functionality. He was an absolute search genius – literally the god of building search systems. Having delivered the system, the person asked what they would do next. To which Patty responded: “Thanks for doing an amazing job. Your work here is done. Now go and build an even better search for someone else.”

Not because it was a hire-and-fire culture but because she wanted her team to be in the job that they loved. One that was challenging and stretching rather than the routine job needed to maintain a system.

Surely this is a much more constructive approach than hiring someone for a ‘permanent’ role that can only end with you firing them in disgrace or them resigning in shame.

This level of maturity can only be achieved by founding our employment relationships on open, honest agreements from the start. It will also help employees to be even more focused on what they need to achieve. And, with authenticity setting the standard for all our conversations, we’ll be better able to determine if the right people are in the role and primed to successfully lead our businesses.

Plus, both CEOs and their teams will be prepared for candid conversations when the time comes to say goodbye – whoever’s making the decision to part ways. This will take some of the sting out of exit conversations and help your business to continue to function optimally. In my book, this is a win-win for everyone involved. For more insight about successfully editing your team, take a look at my related article here. 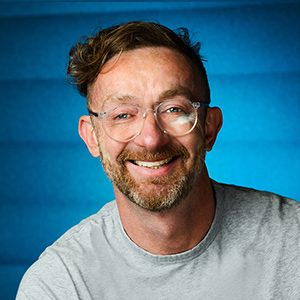 Glenn is a serial entrepreneur with over 20 years of CEO experience. He sold his last business, Reward Gateway, to PE three times. His skills are in product, engineering, sales and marketing, and his passions are leadership, company culture, employee engagement and social justice. In 2018, he wrote the Amazon HR Bestseller, Build it: A Rebel Playbook for World-Class Employee Engagement.

How to run your business while you achieve an exceptional sale

Why I banned the annual appraisal

The most important thing I did to build £100m in sales

Tenzing is a Founder-focussed, growth equity investor. We invest in tech and tech-enabled businesses in the UK and Europe. We help entrepreneurs realise the value in their business and we help companies to grow.